I recently entered baseball-card-and-memorabilia heaven at The National Sports Collectors Convention. “We brought Cooperstown to Cleveland,” Matt Clark, the director of  SGC‘s operations, told me on a personal tour.

In a museum-like exhibit space about the size of a large hotel lobby, I ogled at 17 of the world’s most valuable and iconic baseball cards and memorabilia items, spanning from Ty Cobb to Mickey Mantle.  These treasures, worth an estimated $37 million, arrived at the convention center in an armored truck and were protected by two security guards around the clock.

“Pound for pound, this is the best display in 27 years of Nationals,” Dave Foreman, SGC’s president declared. 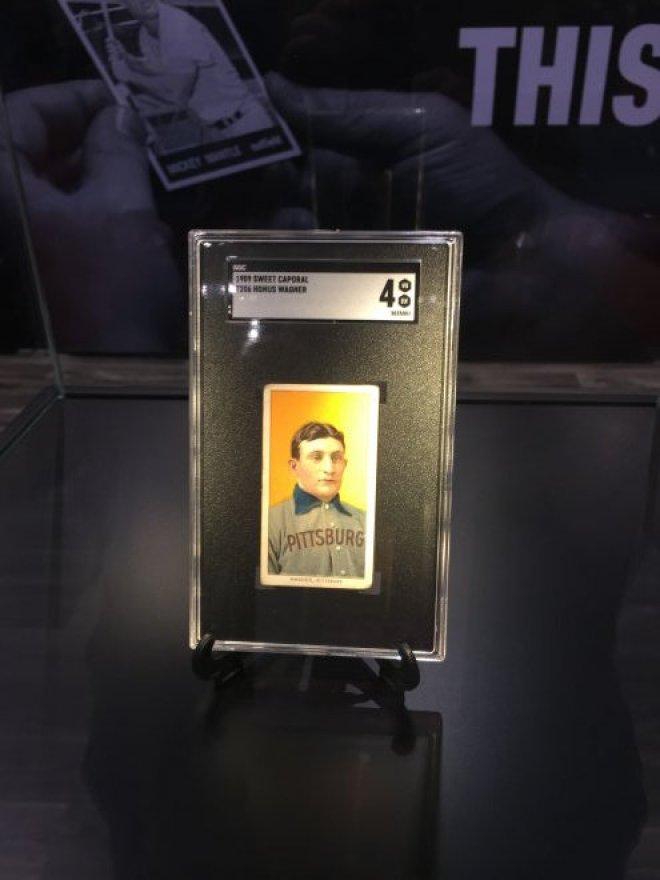 This Wagner is worth $5m.Photo by David Seideman

A few days ago SGC gave the Estimated Market Value (EMV) of each holy relic to further mark the popular service’s 20th anniversary of sports memorabilia grading and authentication, as well as its new branding and new uniform authentication division. SGC determined the estimated the worth based on a combination of recent private and public  transactions and the insurance values that the owners were comfortable with.

Front and center in a glass case was the industry’s Moby Dick: Babe Ruth’s Yankees 1920 road jersey. The flannel uniform top sold for $4.4 million in 2012, the record price for a piece of sports memorabilia by far, and was on loan from its private owner (EMV 10m). 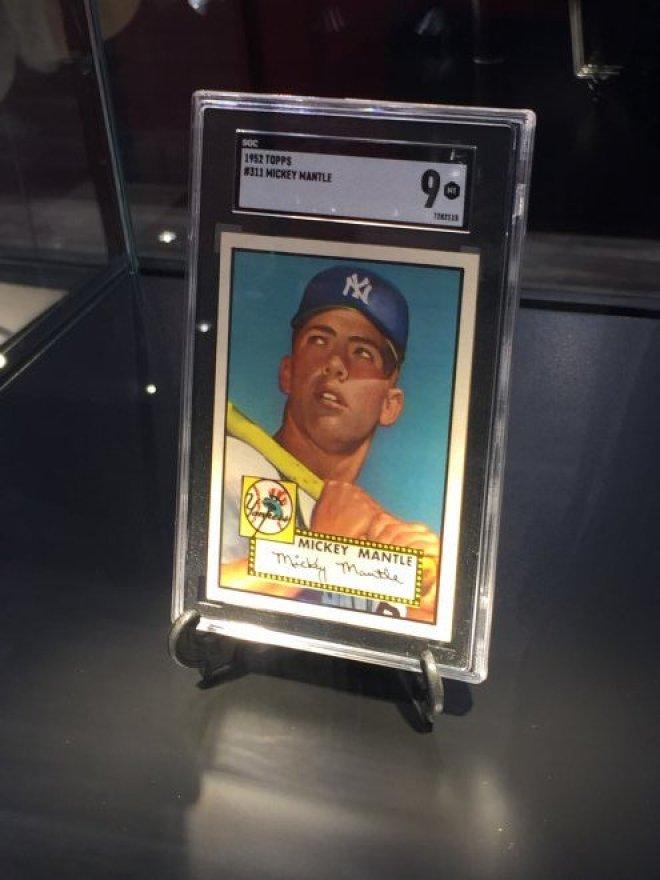 Alongside the Ruth jersey was the original copy of the 1919 trade contract of Babe Ruth from the Boston Red Sox to the New York Yankees, Fetching $2.3 million in 2017, it is believed to be the most valuable sports contract (EMV $5m).

Among the six baseball cards on display were the two giants. The legendary Honus Wagner 1909 T206 tobacco card in beautiful very good condition (EMV $5m). Of course, no exhibit would be complete without the card that has supplanted it in popularity. This 1952 Topps Mantle was one of only two that SGC has graded mint (EMV $3m).